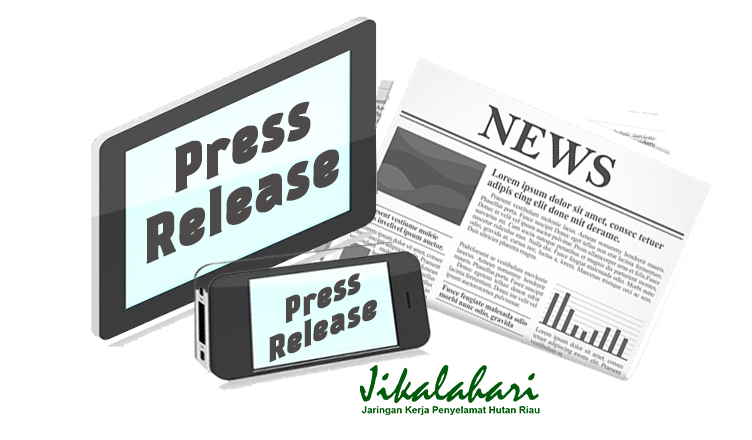 PEKANBARU, Friday,  13 November 2015— For almost 3 weeks ISPU board showed ‘good’ state. The has has gone, and slowly communal movement spread over main street are also gone. Crowd against haze on social media is also narrow down its echo.

Though the haze is no longer presence, 4 Riau citizen ensure that fight #againsthaze is not stopped. Representing public interest, these four citizen file a suit against the government at national and local level, in relation to forest/land fires causing air pollution.

Forest/land fires has caused Riau’s citizen losing their basic rights and constitutional rights to have healthy environment. Bad forest management that taking side to the sake of investment has contributed to domination of monopoly action done by big player. The forests, land, and other natural resources has been given to legalized practical of corruption, greed, while community instered has been step aside, and continue inhale dirty smoke from big-scale of forestry industry, and plantation. “Permit issuance on protected area, weak law enforcement, Penerbitan izin di lokasi yang tidak tepat, penegakan hukum yang lemah, no protection for haze affected person are reflection of state absent. Therefore, as citizen, we use our rights to pursue the government to ensure same negligence will not happen in the future, and pattern of forest governance should be improve,” said Woro Supartinah, Coordinator  of Jikalahari, on of litigant.

Every year, thousands of people suffered from respiratory problem. For year 2015 BNPB released report that around 79.888 experienced ISPA problems due to haze. Beside that, the smoke also disable various activities, school has been off, airport has been off, even worse 5 people were died because of the impact of the haze.

“The above facts should become government concerns and attention to generate necessary policy to prevent environmental destruction, in order to make sure the haze will not appear in upcoming years,” added  Riko Kurniawan Director of WALHI Riau. Riko who is also a litigant added, “ of total land in Riau  8.915.016 hektar, lmore than half is given for big investment. Dominancy of space in Riau related to bad governance, in particular for the permit that neglect requirements, even has strong relation with corrupt behavior.  Side impact of the dominancy is the presence fires within concessionaires area managed by corporation. This is another form of corporate crimes.”

Another litigant, Al azhar, Pekanbaru citizen, who is also Executive Director of Lembaga Adat Melayu Riau (LAMR), said that fires that causing massive haze is a result of unfair policy in agraria sector. ” Corporation is given the rights to control and manage around 65 percent of forest and land in Riau, with exploitative style, ignoring communal values, norms, and local wisdom, and culture of Melayu that put in first place collectiveness, modesty, sharing, and prohibited greed”, he added.

Indra Jaya, Coordinator of Advocate Against the Haze delivered “ notification (open announcement) which we sent today to the defandent as initial step need to be carried out before CLS officially registered in Provincial Court, Pekanbaru.  At least we demand 8 basic things to the government. One is to establish legal basis to formulate team to review permit on forest and land and plantation that has been burned, and other permits issued in protected peat area.

“Hopefully, this notification taken as continue reminder for another citizen, that fight against the haze is not stop. What we do today is a sign that we should continue our fight to ensure haze is not coming back again. Beside, this notification can speed up another legal effort we plan to do, such as class action” added Heri Budiman, one of initiator of Facebook Group #melawanasap who is also acted as one of litigant.

Referring to Decree of Mahkamah Agung Republik Indonesia number 36/KMA/SK/II/2013 regulate that citizen lawsuit can be underway to demand for changes in policy for citizen and enviornment but not for material. “Thus, this mechanism is form of attention as citizen to remind the State not to neglect and absent in protecting basic rights and constitutional rights. Government need to act and generate new policy to ensure recurrence of haze and fires will not happen again in 2016, and upcoming years” said Indra.

View all posts by admin →