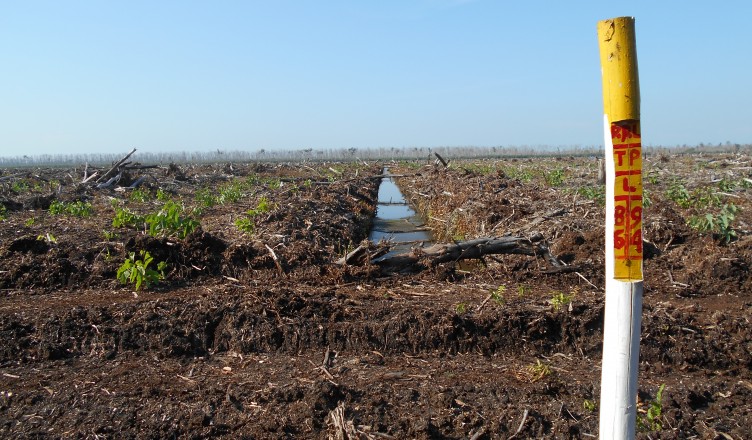 JAKARTA (foresthints.news) – Jikalahari, or the Riau Forest Rescue Network, has expressed its deep regret that ground level operations continue to be carried out by one of APRIL’s major suppliers, including the harvesting of planted acacia blocks at a time when its license has been suspended by the Indonesian government. According to the CSO network, these kinds of violations are able to occur due to poor monitoring of the implementation of APRIL’s sustainability policy.

The prominent alliance also emphasized that the offenses committed by this major supplier to APRIL offer a clear indication of the ongoing disregard for Indonesia’s laws and regulations as well as APRIL’s sustainability policy itself.

“The violations committed by this major supplier to APRIL demonstrate an absence of good faith, and that it feels no responsibility to comply with Indonesia’s laws and regulations,” Woro Supartinah, Coordinator of the Riau Forest Rescue Network, told foresthints.news on Sunday (Apr 3).

Woro added that the violations showed that APRIL’s sustainability policy was not working, especially on the ground level and in terms of monitoring.

“APRIL really should be serious about this, because it’s a form of legal compliance linked to legal sanctions associated with peat fires,” she explained.

She went on to say that APRIL’s inaction with regard to breaches of its sustainability policy was tantamount to the company committing the violations itself.

“This situation leaves us with no other choice but to conclude that APRIL’s sustainability policy is a failure. In no way whatsoever does it ensure that either APRIL or its suppliers are prepared to improve their operations, by complying with Indonesia’s laws and regulations or with the sustainability policy itself,” lamented Woro.

She expressed her disappointment with this situation, saying that it indicated an inherent lack of good faith on the part of the pulp and paper giant to implementing its own sustainability policy.

“This makes it clear that APRIL’s sustainability policy is weak when it comes to monitoring. The Indonesian Environment and Forestry Ministry needs a much stronger monitoring system to keep track of all the violations being perpetrated by various companies, just like this example. Legal sanctions must be backed by strong monitoring and enforcement,” Woro urged.

On the ground verifications

The Director General of Law Enforcement at the Ministry of the Environment and Forestry, Rasio Ridho Sani, declared that his team had already been sent to the location to verify the Greenomics report which revealed the violations being carried out by the major APRIL supplier.

“My team has already gone to the field to verify the alleged infringements exposed by Greenomics,” he told foresthints.news on Saturday (Apr 2).

The Director General was quick to point out that his ministry will not hesitate to take firm legal action against any proven offenders, such as revoking their licenses. Such measures would only be taken, however, after conclusions and recommendations based on the results of the field verifications being undertaken by his team were forthcoming.

Meanwhile, APRIL stated that it is waiting for the results of a verification process conducted by the supplier concerned. The company reiterated its commitment to ensuring that all its suppliers comply with both the laws and regulations of the country as well as its own sustainability policy.