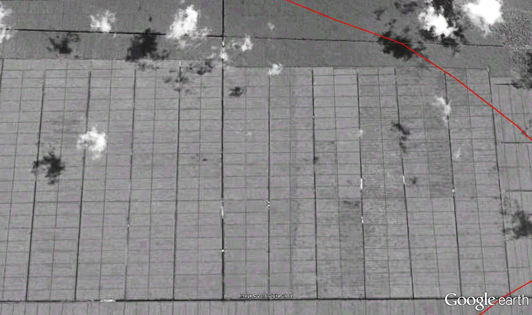 JAKARTA (foresthints.news) – Jikalahari, or the Riau Forest Rescue Network, has stated explicitly that peat domes, especially those that have already been drained for the planting of acacia to be used as a source of fiber supply for the pulp and paper industry, are to be restored to their original function as protection zones.

The CSO network reaffirmed that peat domes must be liberated from all operations of pulpwood plantations. These operations, it asserts, must be stopped completely without delay so as to facilitate the immediate recovery of the peat domes located within them.

“Jikalahari is asking for the comprehensive protection of all peatlands. We have to learn from the peat fires that take place as a matter of routine every single year,” Woro Supartinah, Jikalahari Coordinator, told foresthints.news on Tuesday (31 May).

Woro was eager to point out that even peatlands that do not constitute peat domes but have already been drained, particularly those found in pulpwood concessions, are to be utilized by planting local native species.

“The phasing-out of changes made to the local native plant species found in the peatlands needs to be clear,” she urged.

Woro recommended that the Indonesian Peat Restoration Agency bring a complete end to all operations in peat domes, whether in pulpwood or palm oil concessions. She also called on companies themselves to stop their activities in these areas.

“It is imperative that all companies whose concessions are either completely or partially located in peat domes terminate their operations.”

The environmentalist also appealed for the peat agency to push all companies operating in peat domes and peatlands to accept the lion’s share of responsibility for rehabilitating drained peatlands so as to restore the natural ecological functions of these peatlands and peat domes within a defined timeline.

Woro went on to say that the peat agency should immediately start implementing models for the development of native plant species for peatlands included in cultivation zones so that no future activities would change the functions and role of the ecosystem in these areas.

Previously, Chief of the Peat Restoration Agency Nazir Foead announced that up to 77 percent of the 2.26 million hectares of peatlands included in the indicative peat restoration map are peatlands, which include peat domes, located in utilization zones especially in pulpwood and palm oil concessions. The rest are spread among conservation and protection areas.

“The finalization process for the indicative peat restoration map, which involves incorporating various more comprehensive legends, is still intensively underway. Next Monday (Jun 6), the final version of the indicative map is expected to be completed,” Nazir told foresthints.news on Thursday (Jun 2).

A full video interview with the Peat Agency Chief will be posted on Monday (Jun 6). This interview concerns policy actions to be pursued by the peat agency, mainly with regard to the operations of pulpwood concessions, both in peat domes as well as peatlands that do not contain peat domes.

In 2016, the peat agency is tasked with restoring 600 thousand hectares of burned and degraded peatlands. This means that if the restoration of peatlands were to begin in early June, then 85 thousand hectares would need to be restored every month until the end of December this year – in other words an area bigger than the size of Singapore every month.